When the seat of your pants gets frayed

I’m not a plotter. I’m a pants-er. I didn’t even know these terms existed till recently, but I did find out (belatedly) that there are two kinds of writer in the world: the kind that plot in beautiful detail and the kind that open a document, plunge in and hope for the best. (That second kind includes me.) And I know that there are nuanced levels in between – like knowing roughly what’s going to happen but not quite how – but basically, there are just different degrees of the two extremes. 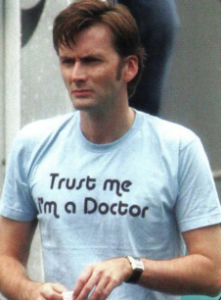 I used to have great faith in the seat-of-the-pants approach, not least because of heroes like Russell T Davies. You know, the Doctor Who man. I read his ‘Writer’s Tale’ (the exchange of emails between him and Benjamin Cook during the writing of Series 4) and it was like validation from on high. The characters who never quite made it! The moments of inspiration when previously unconnected events made sense! The subjugation of the laws of physics to the laws of storytelling! (Ahem.)

And then along came the latest series of Doctor Who…

Russell T Davies is long gone, together with lovely tenth Doctor David Tennant. Writer-in-Chief is Steven Moffat (bear with me if you’ve never watched this series) and the new Doctor is gangly, angular, adorable Matt Smith. I was so full of optimism, because I’d loved the episodes Steven Moffat wrote when Russell T Davies was in charge.

Then the tentative posts began to trickle onto Facebook. Previously fervent admirers had begun to ask questions. What did you think of Saturday’s episode? Where do you think the story arc is going? Isn’t it all getting a little… well… unlikely? And (worse), unengaging?

OK, I (and many of my friends and fellow fans) could be wrong. There could be an ingenious story arc we haven’t noticed; there could be ‘mistakes’ that were no mistakes at all. There could be senseless personality traits that have a solid logical reason after all. It’s happened before under Steven Moffat. I’ve trusted him before and my faith has been rewarded…

I just have this horrible feeling, though, that the writers are making it up as they go along. And not in a good way. And it’s been a kind of shot of warning across my bows; a signal that sometimes, you know, I may have to think my story through more than I usually do. I won’t go into the plot details that have bothered me, but the awful thing is, I’ve stopped believing in some of the characters. And that’s fatal. They’re not real any more. 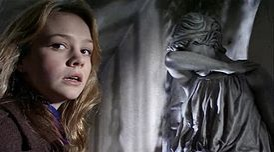 (Where did my loss of faith begin? Well, Steven Moffat created beautiful, terrifying monsters called the Weeping Angels. Their weapon was subtle and the stuff of your worst nightmares: they stole your future time and life, dumping you back in the past. And the most frightening thing of all: you couldn’t see them move. They were that fast. You couldn’t even blink…

And then the Weeping Angels were brought back for the new Doctor to battle. And. One. Of. Them. Moved. Not scarily, not fast; it turned its head like an ordinary monster. And no longer did they steal their victims’ future life; they simply broke their necks.

I do sympathise. It can’t be easy keeping up with a series that has as long a history as Doctor Who, and it can’t be easy weaving together the strands of different writers’ storylines. My Rebel Angels series took a while to sell, so I was in the fortunate position of being able to go back and change plenty of things before the first book was published – tweaking characters who just wouldn’t do that, or suddenly noticing that can’t happen or events two books later don’t make sense!

But I’m taking a timely warning from my once-favourite television programme. I’m sure I’ll make errors but I’m going to be a lot more careful about thinking ahead, and being consistent. Writing by the seat of your pants can be unpredictable, and exciting, and just plain fun. But should you wear a hole in them, it could be really embarrassing.

6 responses to “When the seat of your pants gets frayed”