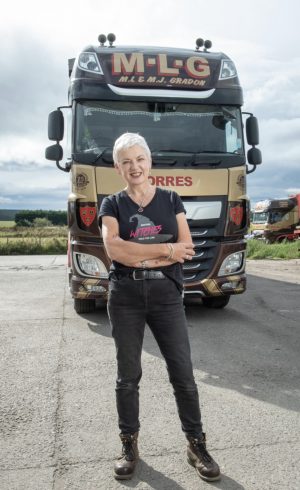 A driver and freelance writer, I live in the north-east highlands of Scotland here with my twins, two cats (Pebble and Luna), the Dixie Chicks (including Travis, Dwight, Emmylou 1 and 2, Jolene, Patsy and Reba), several nervous fish, a beautiful palomino Arabian (Starla) and a herd of miniature horses (Manny, Spike, Esme, Lily, Kitty and Sirius). I have taken a solemn vow not to get any more animals. I will probably break this vow.

I was one of the Erin Hunter team, writing SURVIVORS and BRAVELANDS and regularly touring the US to promote both series, until being fired in June 2020 for standing up for women’s sex-based rights.

I write short fiction, too, for for secondary Key Stage 3. My most recent series was the four-part CLASS OF THE TITANS for OUP: THE CYCLOPES’ REBELLION, THE GREAT ESCAPE, FIRE AND FURY and THE SPELL OF DOOM. LIFE OF THE PARTY, MIND’S EYE and SEA FEVER have just been republished in gorgeous new covers by Ransom Publishing, and short stories THE CHANGELING and MISTY appear in their sci fi and ghost collections. CYBER FEVER is published by ReadZone Books, along with short stories ROCKFACE and THE KINDEST CUT.