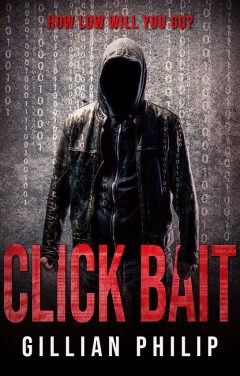 A funny joke’s a funny joke. Eddie Doolan doesn’t think twice about adapting it to fit a tragic local news story and posting it on social media.

It’s less of a joke when his drunken post goes viral. It stops being funny altogether when Eddie ends up jobless, friendless and ostracised by the whole town of Langburn. This isn’t how he wanted to achieve fame.

Eddie knows he’s blown his relationship with rich girl Lily Cumnock. It’s Lily’s possessive and controlling father Brodie who fires him from his job – and makes sure he won’t find another decent one in Langburn. And Eddie doesn’t even have Flo to fall back on – his old nan died some six months ago, and Eddie is still recovering from the death of the woman who raised him and who loved him unconditionally.

Under siege from the press, and facing charges not just for the joke but for a history of abusive behaviour on the internet, Eddie grows increasingly paranoid and desperate. The only people still speaking to him are Crow, a neglected kid who relies on Eddie for food and company, and Sid, the local gamekeeper’s granddaughter. It’s Sid who offers Eddie a refuge and an understanding ear.

But she also offers him an illegal shotgun – and as Eddie’s life spirals downwards, and his efforts at redemption are thwarted at every turn, the gun starts to look like the answer to all his problems.